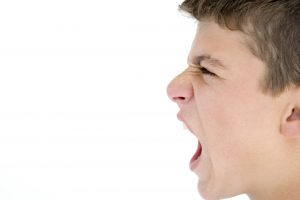 Maybe you, or people around you have labeled your adolescent as a defiant kid. The signs are all there, and in your mind, it is an easy assessment. There never seems to be peace in the house when they are around. Whatever room they walk into, yelling and arguing will soon pour from the door, and then you will have to intervene or it will only get worse. You find yourself tense when they return from school, and you know it is only a matter of time before you get into an argument with them over something serious, or more likely, something trivial. You hate feeling like you have to always be telling them what to do, and you cannot stand losing your cool, but it seems to be the only way to handle this disobedient teenager. To make sense of this behavior and their relationship to family members, you label them as defiant, and work to stop the behavior head on, yet it does not seem to make a difference. Although I would agree to label the behaviors as defiant, I would argue there is something else going on underneath, and the defiance is merely a symptom (merely is a light word for the frustration it causes, but none the less, only symptoms).

The Feeling Behind It

Would it surprise you if I said that underneath the symptoms of misbehavior is hurt? As I mentioned in an earlier post, Why is My Teenager Acting Like This?, there can be many related things that cause misbehavior, but I am going to address hurt in this post. The reason I am focusing on hurt is because I see it show up in many adolescents. To help illustrate my point, I want to give an example of a family I once worked with. They came to see me because their adolescent son was always arguing with them. In one session, the mother described her as “always picking fights with his father”. She explained that whenever his father would ask him to do something, or gently corrected him, he would fly off the handle. One week the mother canceled our appointment because “I cannot be in the car with him when he is talking to me like this”. As we worked together, we stopped focusing on trying to stop the behavior, but instead worked together to find the hurt behind the behavior, and began to address that instead. In this example, the son was hurting from his feeling of being unimportant to his parents (though it was not the case at all!). As we learned new ways for his parents to express how much they cared for him in ways that he would connect with, the symptoms began to decrease. In this example, the parents were not the problem, but they were definitely a part of the solution. Once they began to see the behavior as stemming from hurt, they quickly switched their mindset, had more compassion on their son, and worked to communicate in new ways how they always felt about him. I think it is important to remember that in this example, the son did not have in his mind, “I want attention, so I am going to fight with my parents”, but rather, he did not know how to handle the pain he was feeling, so the behaviors came out.

For more signs that your teenager is hurting you can read an earlier post linked below.